skip to main | skip to sidebar

My new soft case, first step towards the outer hard shell case, came yesterday from Colorado Case Company. It is lovely. It is a wonderful feeling that the Egan harp is nestled safely, though the inner case must go back to Colorado for the outer case to be made.

On the harp lessons front… My harp teacher has a habit of screaming “GACK!” at me if I tense my fingers. I am afraid rather than making me less tense, I might develop a nervous twitch with will present with me screaming “GACK!” while playing…
Posted by Lorcan Otway at 7:19 AM 39 comments:

Getting the Irish Times at 5AM... 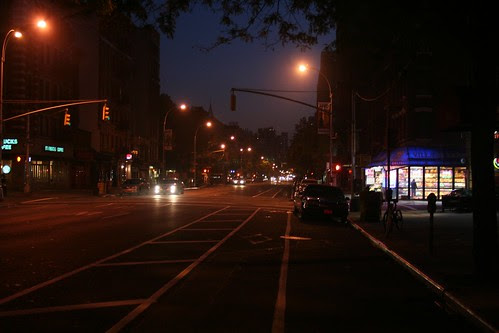 (Another early morning - about 5am)

I was up at 5am to pick up a copy this morning, my local only gets two. They didn't get theirs, so I took a ride on my pusher bike, from St. Marks (8th street on the east side,) up to far west 42nd, and was able to get a few copies. I hadn't expected the ride, so like a eejit, I was out without a camera... a rare thing. There was the pulitzer photo... two young women in black cocktail dresses walking down the middle of Broadway in the upper 30s, each wearing one shoe of a pair, and barefoot on the other... ah well, New York just before sunrise is a magic place. Egan is taking me wonderful places already and seeing sights...
Posted by Lorcan Otway at 4:04 AM No comments: 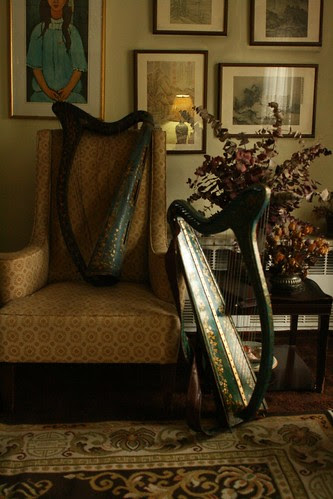 Posted by Lorcan Otway at 6:05 PM No comments:

Moving from Piper to harper... 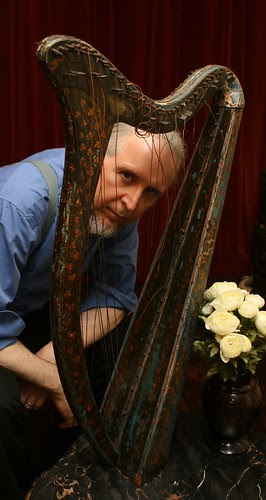 Today, I was sitting in the park with Mum, talking to a few friends, absentmindedly playing the Egan replica made by Mike Baldwin, playing anything that came to mind, trying to draw out the left hand cords, playing "Last Rose of Summer", "Minstrel Boy" thinking of Thomas Moore, and "The Rare ol'Times" thinking of Dawson Street, Wind that Shakes the Barley thinking of the men of 98... As I packed up, a fellow said it was great to hear the old songs, he was from Dublin, and how long have I been playing harp... "two and a half weeks". He was surprised, I was flattered... working to earn some time with the Egan.
Posted by Lorcan Otway at 5:47 PM No comments:

The Life and Times of this John Egan Harp 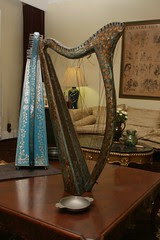 John Egan is said by many to have invented the modern Irish folk harp. The dates for his work vary, but the leading expert on Egan has him making harps at 30 Dawson St. from 1815 to 1835 ( Hurrell at http://www.hurrellharp.com/TheRoyalPortableHarp.pdf ). Dates for his first making harps range from 1792 to 1804.

Certainly, he invented his folk or "portable" harps at a critical time in Irish history and Irish music. The bardic tradition of Irish harping was ending with the last convention of Irish harpers in Belfast in 1792 - a few old men, who would all die early in the next century. ( Chadwick at http://www.earlygaelicharp.info/harps/others.htm ).

The new folk harps designed by Egan made it possible for a new generation of Irish harpers to carry on the harping tradition. As to their different style, Simon Chadwick, the honorary secretary of the Historical Harp Society of Ireland, writes "Despite their late date I am happy for them to be included as "Gaelic harps" because not only did they have brass wire strings, and were played by harpers who had been taught by students of Arthur O'Neill and Patrick Quin, but at least one of those harpers, Patrick Byrne, knew of the old term "na cawlee" (as he put it) and so presumably used this distinctive feature of Gaelic harp tuning." (Chadwick)

John Egan presented one of his portable harps to Thomas Moore, who, having lost friends from his student days at Trinity, during the United Men's uprising, wrote romantically of Irish nationalism and the harp as a central theme in such songs as "Minstrel Boy" or poems as, "The Harp that once through Tara's halls".
Posted by Lorcan Otway at 6:36 AM No comments:


THE HARP that once through Tara's halls
The soul of music shed,
Now hangs as mute on Tara's walls
As if that soul were fled.
So sleeps the pride of former days,
So glory's thrill is o'er,
And hearts, that once beat high for praise,
Now feel that pulse no more. 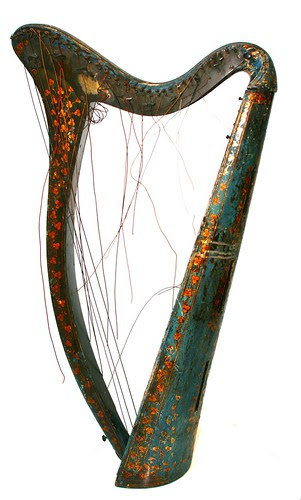 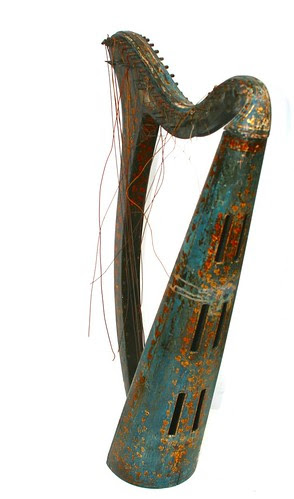 I have been honored and blessed to come to live with an important piece of the history of Ireland’s music, a very early John Egan harp, made between 1792 and no latter than 1816. It was found in the trash by Julie Finch, tossed away when a shop closed. John Egan invented the modern Irish folk harp, and was a real artist. His harps are visually beautiful and sound magnificent.
This group will follow the years of restoration and conservation, and I hope in a few years, have video of her re-entry into the community of Irish music
Posted by Lorcan Otway at 5:16 AM 1 comment: